The technical team from NAL met with Worcester City Council to discuss the installation of trafﬁc signals and signage on Worcester bridge. As the city is affected by ﬂooding multiple times a year, the highway has been intentionally designed to enable contraﬂow lanes to run along the central reservation across the bridge. However, in order for the contraﬂow routes to operate effectively, certain street furniture would need to be removed to enable commuters to travel across.

Worcester City Council opted to install trafﬁc signals within NAL Retention Sockets with Duckfoot Bend, as they allow for a swift and simple removal and easy orientation. At the opposite end of the bridge, highway signage and a Weebol bollard were also housed within Retention Sockets so they too could be removed, enabling contraﬂow routes to come into effect in the event of ﬂooding.

A second access section was stacked onto the first for further incoming ducts, followed by a riser section for the third layer of the chamber.

The arrival of Storm Dennis and the subsequent storms that followed saw contraﬂow lanes come into force across Worcester bridge in February 2020. Disruption to commuters was minimal, as trafﬁc signal poles were quickly and simply rotated within their sockets, to orientate signal heads away from the carriageway, allowing for larger vehicles to pass. To enable the contraﬂow lane to continue across a pedestrian crossing, installation of trafﬁc signals and signage within Retention Sockets, allowed for their complete removal. Three further Retention Sockets were intentionally installed nearby within the footway, to temporarily house the street furniture, whilst the contraﬂow system was in place. 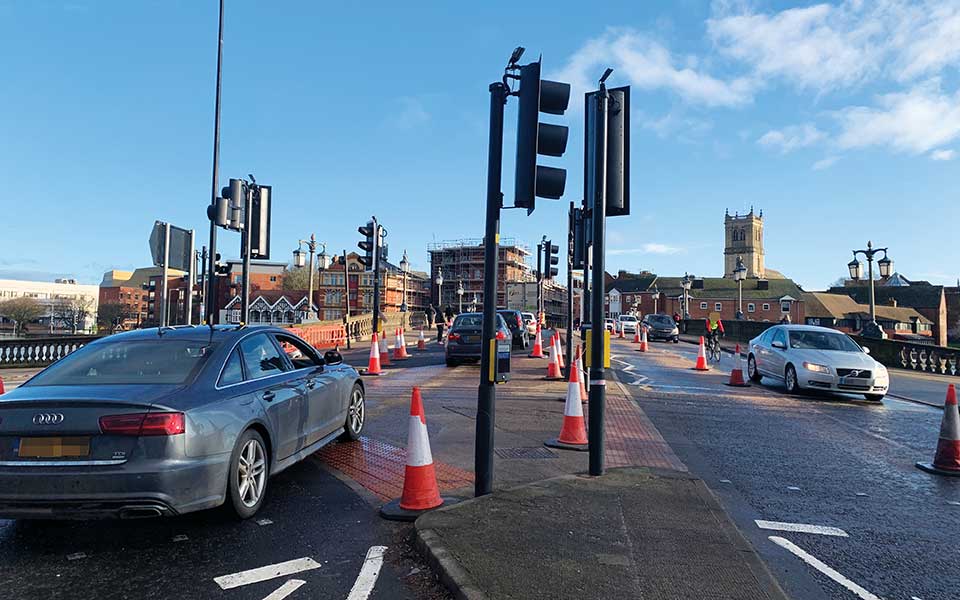 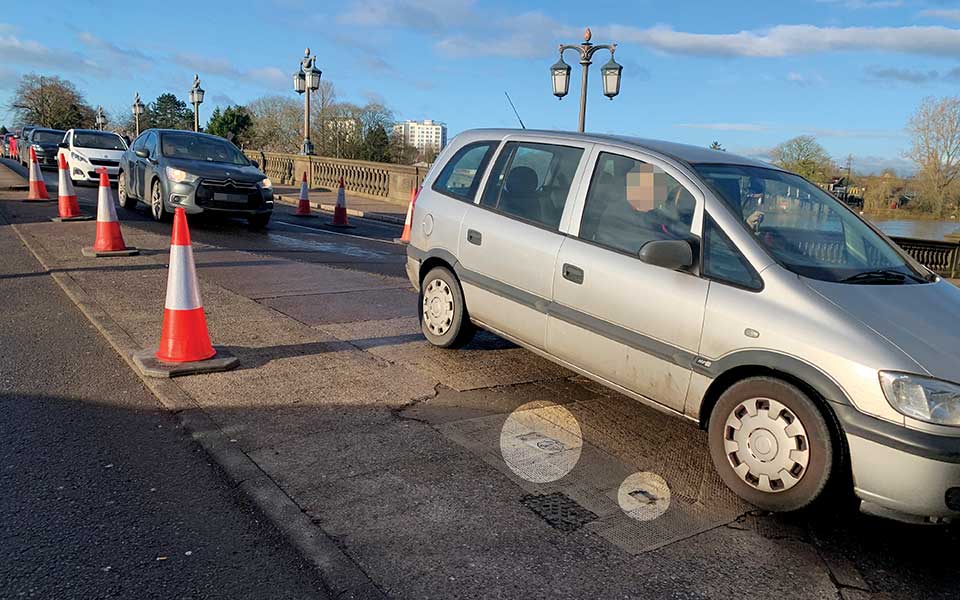 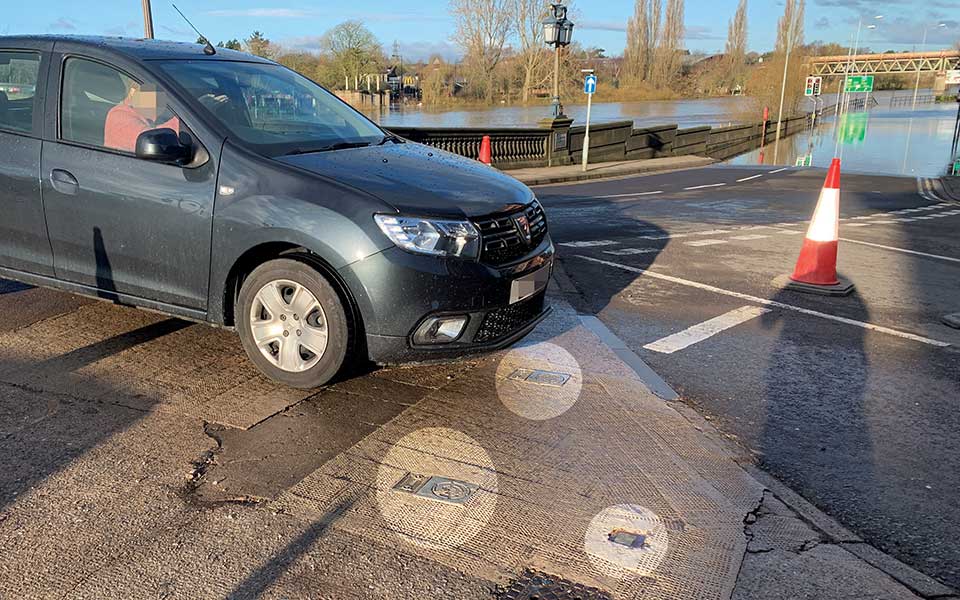 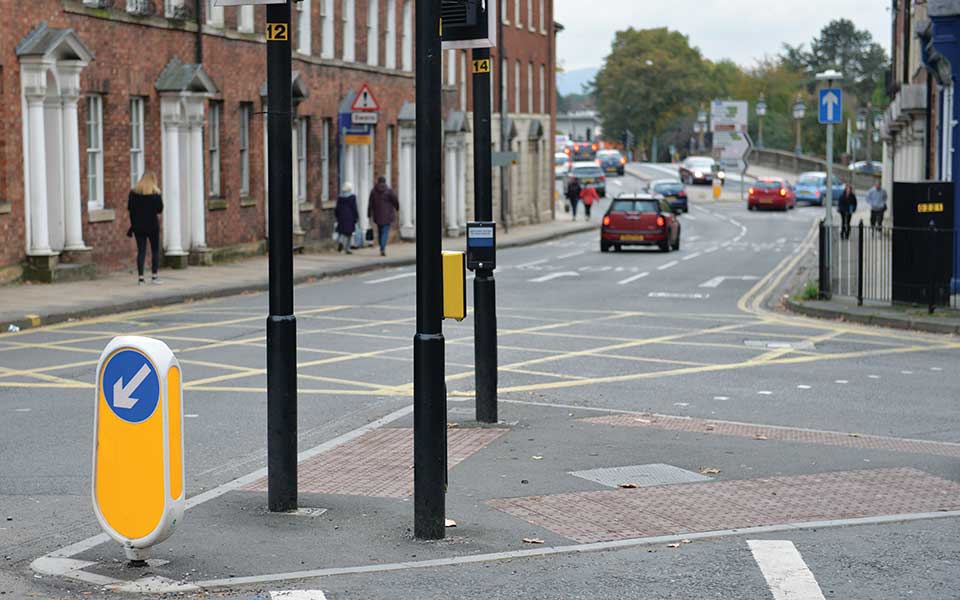 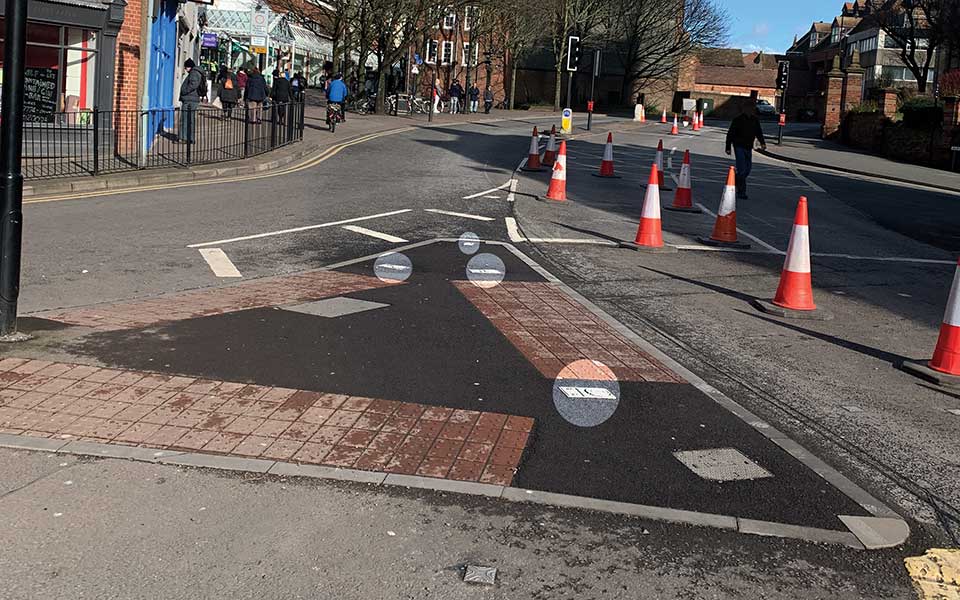 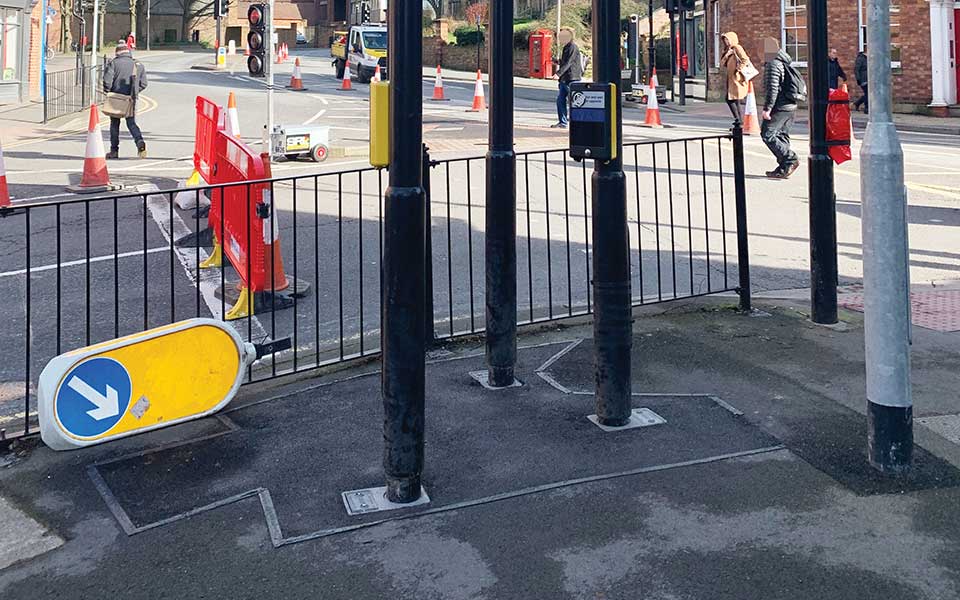 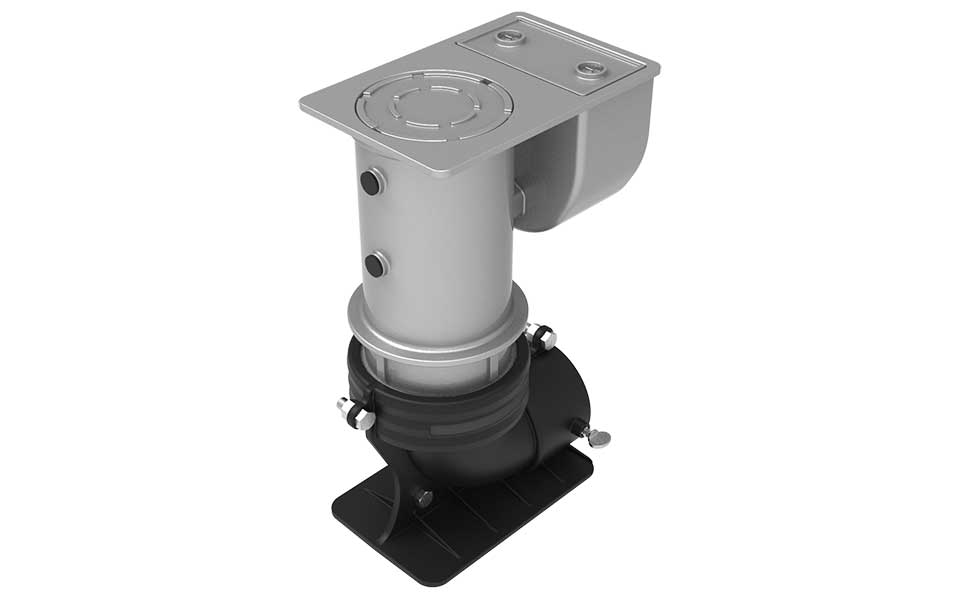 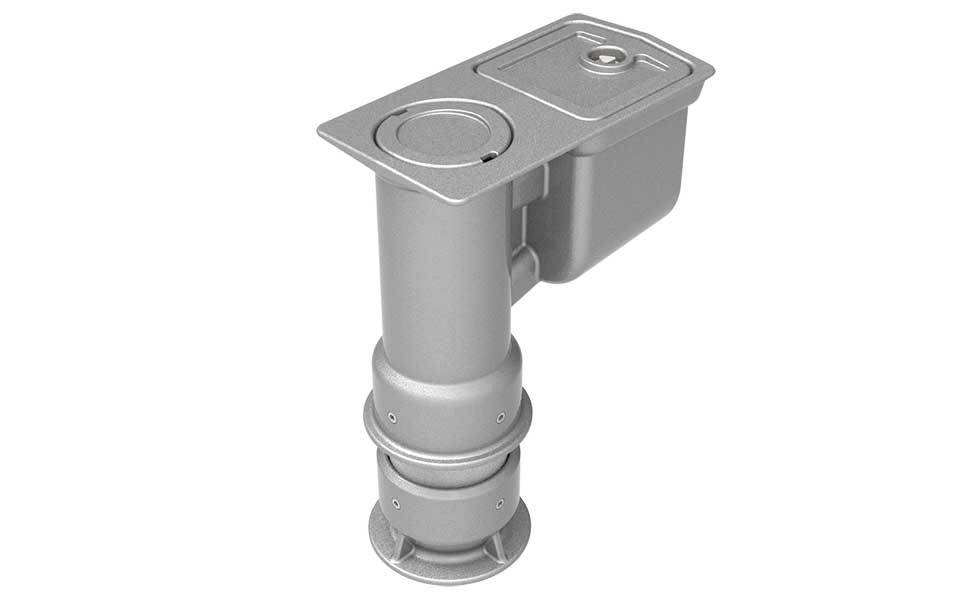 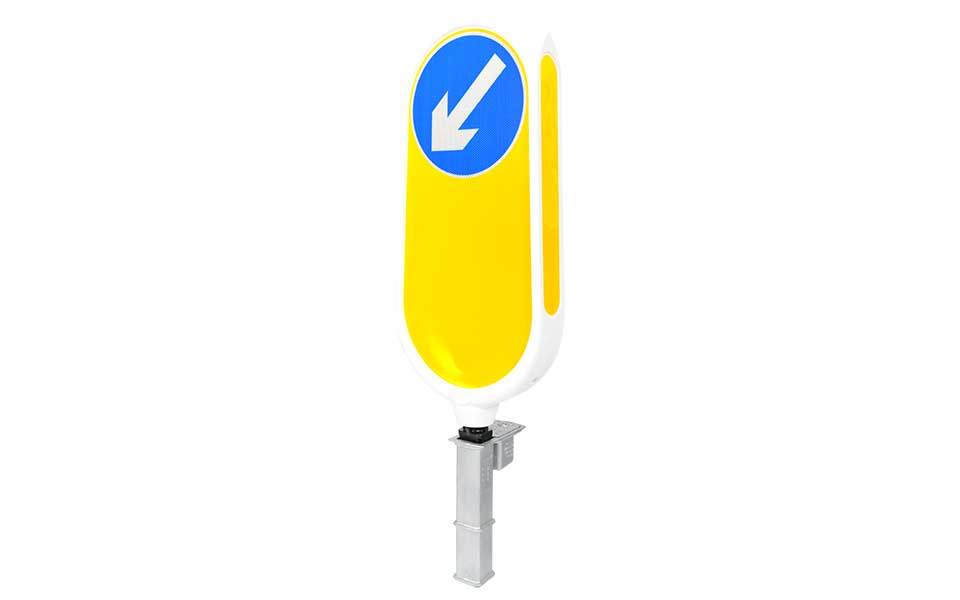 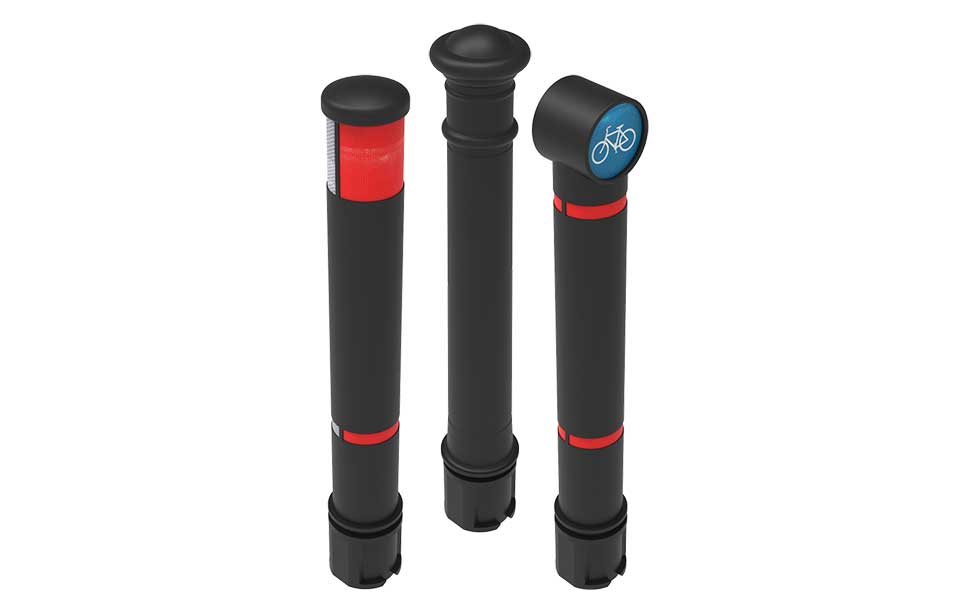